WORKS OF ART THAT YOU CAN TASTE - blended for pure pleasure 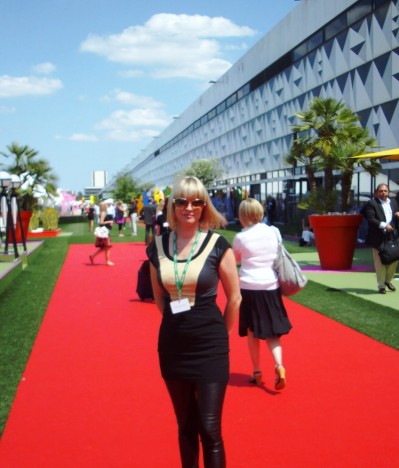 Agatha Ozhylovski @ Vinexpo, France. 'It's all about a liquid many refer to as aqua vitae or water of life'

Join us, Thomas. K Hardy (wine maker and wine author), Peter Jackson  (marketing manager of Winestate magazine) and me (interior designer and marketing consultant) as we take a trip to the Champagne and Cognac regions of France . . . and explore the best of Vinexpo 2011 in Bordeaux (France), one of the wine industry’s biggest trade fairs. The sheer scale and grandeur of Vinexpo—more than 2400 exhibitors and 50,000 visitors—ensures that the show remains the must-attend event of the year for anyone with a nose for fine wine.

It’s been a great pleasure to discover the world’s great producers of wines and spirits being made not only in France, but also around the world with industry experts such as Thomas. K Hardy and Peter Jackson. Their dedication to finding the perfect drop in all price ranges is admirable and tireless.
With the competition between Old and New World producers raging for a good few years now, the introduction of other winemaking nations has added further intrigue and competitiveness. Many are raising the bar in terms of what can be achieved with flavour, aging and bottling.
We find ourselves embedded in some of the best culture the producers have to offer—the kind you don’t read about every day. This is the gritty, raw edge of the industry.
We taste our way through various wines and spirits, and bring to you our top picks. Our tasting experience was enriched in the Press Centre with Bollinger Champagne provided on tap and by the art of Mika, who has earned renown for painting subjects using the fruit of the winegrower.
Sadly, I had to limit our selection; there were many more I could have included. So grab yourself a glass of something special and get comfortable for the ride, as the month of June is all about a liquid many refer to as aqua vitae or water of life. 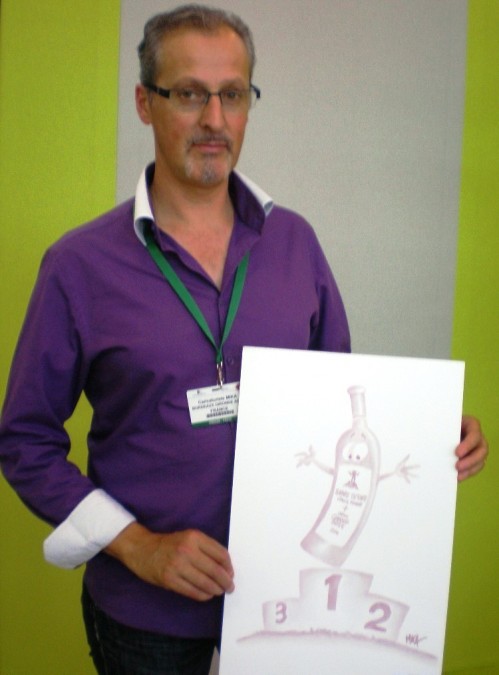 Mika - renown for painting subjects using the fruit of the winegrower 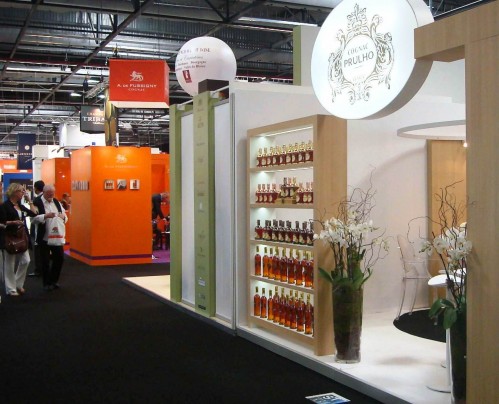 Vinexpo 2011 in Bordeaux (France), one of the wine industry’s biggest trade fairs 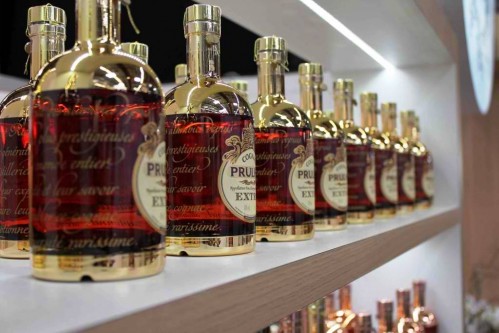 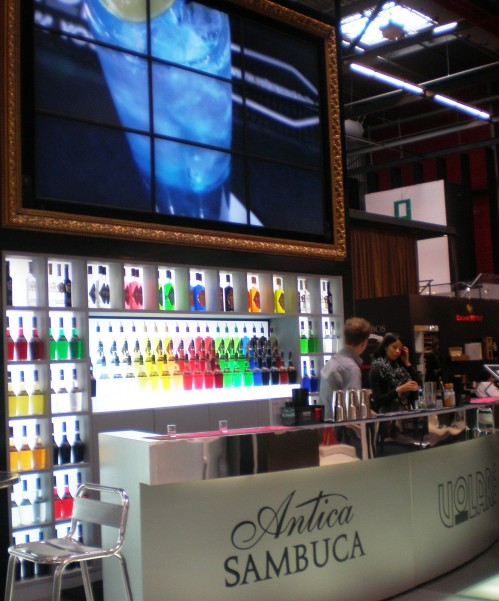 You might simply want to drink it. But we’d suggest you taste it…

Château de France with Bernard & Arnaud Thomassin
Many say the character of wine takes on the personality of its creator. So when an opportunity presented itself to experience a private dinner function celebrating the 40th birthday of Château de France during Vinexpo 2011, how could I pass it up?
The evening began on the balcony with a selection of wine and finger food, as we also enjoyed the spectacular views of the surrounding vineyard. We then moved into the newly restored cellars, which are tastefully decorated in a modest grandeur style. In keeping with the period-style character of the evening, the banquet followed, complemented by a selection of the Château’s wines partnered with carefully selected dishes . . . and entertainment. Château de France 2009 Blanc, Château de France 2005 Rouge, Château de France 2001 Rouge and Château de France 2004 Rouge.
The family’s warm, unassuming and exceptionally professional attitude to their craft comes through in the setting, hospitality and quality of wines for it is recognised.
Chateau de France was built on the foundations of an ancient manor house, and has intact original arched cellars. Both the cellars and the house date back to the end of the 17th century and were constructed by Philippe Decoud.
Covering 32 hectares of vineyard on one of the highest slopes on the Léognan terrace, the vineyard has good sun exposure and is located on a Pyrenean gravel rise with aclay/limestone subsoil. The estate mainly produces red wine, but 3 hectares of white wine varieties were planted in the late 1980s. Elegant and classic Château de France is very popular abroad, and almost half the production is exported. ‘Château de France makes both red and white wine with full body and character’, says Thomas. K. Hardy.
The property has retained the name of the foundations on which it was built. Prior to 1681, the Chateau de France property was a collection of small parcels of land.
Bernard Thomassin bought Chateau de France in 1971, and what started as an adventure morphed into a lifelong passion to restore the Chateau and give its wines the quality for which they are now renowned.
Today, Bernard Thomassin manages Chateau de France with his son Arnaud Thomassin.

When you bear a name such as Chateau de France, your wines must not disappoint. We took the time to rebuild a great winery. With patience and perseverance we restored the wine storehouses and created vintages worthy of th e great Pessac-Leognan appellation. The estate rediscovered the prestige that it had enjoyed during the 1 9th century.’ Arnaud Thomassin. 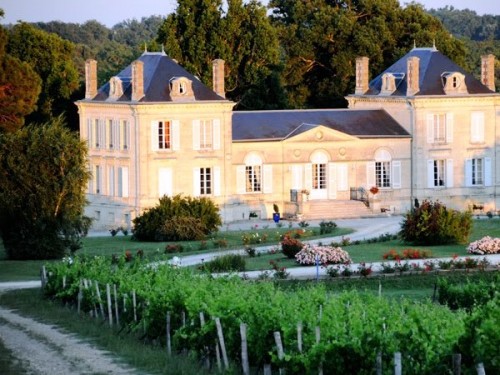 Louis Royer Cognac with Jèrôme Royer
Started by Louis Royer as a family business in 1853, Louis Royer Cognac is located on the banks of the Charente River in Jarnac, the Cognac region of France. The offices and cellars remain there today. Jèrôme Royer, director of Louis Royer Cognac and Mayor of Jarnac says that the company today has a turnover of 17 billion Euros following a successful joint partnership with Schweppes, Americas Beverages Company. It uses the bee as its emblem, representing the values that have prevailed—diligence, efficiency and liveliness.
Five generations of Royers have handed down the treasures of their experience and the secrets that have turned Cognac making from a craft into fine art. Louis Royer Cognacs are renowned for their richness, their complexity and their excellence.
As we sat, laughed and tasted the Louis Royer XO range, Jèrôme Royer reminisced about the two years he spent living in outback Australia. He recounted a romantic story of marrying his wife under a big tree in Melbourne’s Botanical Gardens. After so many years he says he still recalls the moment as if it were yesterday.
Saying that Jèrôme Royer is a busy man would be an understatement; yet he has all the time in the world for meeting old and making new friends.  ‘Like aging Cognac, both require time and patience and must not be rushed’, he says.
I left with a big smile on my face: both the man and his Cognac have pure style and elegance. 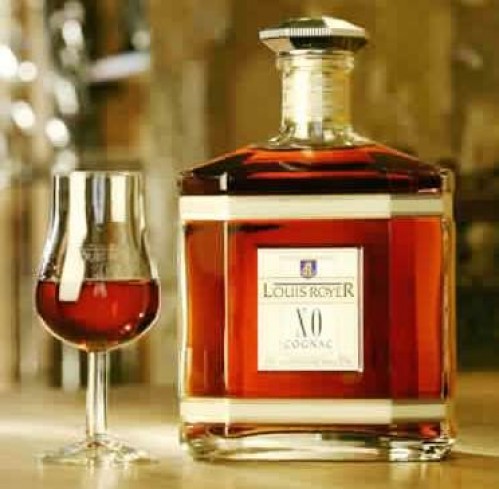 
Hardy Cognac with Bènèdicte Hardy
Anthony Hardy founded the House of Hardy Cognac in 1863. This northern Englishman had a wine and spirit business in London, but after falling in love with the Charente region he decided to settle in Cognac, France.
There are strong ties to the Thomas Hardy wine-producing family in Adelaide (Australia). Since the 1960s the two families had worked together on a complementary range of products as well as exporting to Australia.
Today, only two family members remain in the Hardy Cognac company: Sophie Hardy and Bènèdicte Hardy who carry on the family tradition.
One hundred and fifty years on from the founding of the company, Hardy Cognac has settled into the niche luxury market, with its superb crystal and mosaic glass carafes collection of earth, air, fire and water. The US is the main export market, and Bènèdicte says her Cognacs are exceptionally popular with American rap music artists.
Having tried my very first glass of Cognac (Hardy VSOP Cognac) only a few days earlier, guided by my two very experienced teachers Thomas. K. Hardy and Peter Jackson, it seemed only natural to go on share a glass with Bènèdicte from her XO range. It’s easy to see how this smooth, dark amber liquid is so seductive. And, as they say, the original spirit of the Delta blues, ranging from introspective and soulful to passionate and fiery, started with Cognac, so it’s no surprise it’s as popular as ever in today’s scene. 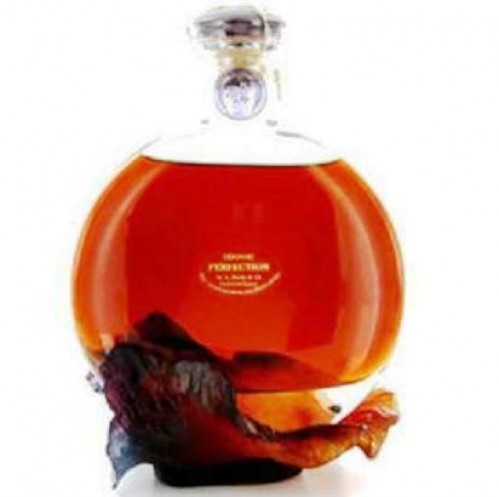 Hardy Cognac (since 1863) with Bènèdicte Hardy 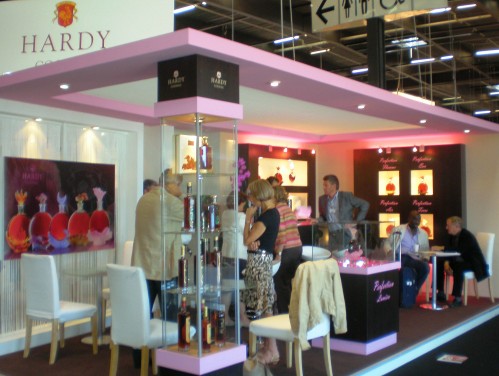 Champagne Joseph Perrier with Martin Gamman
Established in 1825 by Joseph, son of wine merchant François-Alexandre, ‘Joseph Perrier Fils et Cie’ has been under the ownership of the same family (Pithois) since 1888. Joseph settled in Châlons-Sur-Marne, on the road to Fagnières, and was later elected as the Mayor.  The offices are housed in an old post house and the wine cellars are in the adjoining master residence. During that period, Chalons-Sur- Marne (now Châlons-en-Champagne) consisted of several hectares of vineyards and approximately 10 distinguished Champagne Houses. Today, in the very capable hands of Jean-Claude Fourmon, a direct descendent of Paul Pithois, the House remains located at the original address and very much loyal to its origins.
Just to speak with the owners of Joseph Perrier Champagnes gives a sense of the regal quality and class that permeates their champagne. Highly skilled in the subtleties, there is also passion, profound depth and knowledge and a naturally authentic, highly polished, hospitable manner.
The complex and highly skilled knowledge evolved over time in challenging situations, as history tells of many battles fought in the region, which is why they are considered a cut above from other regions.
A selected collection of the Joseph Perrier Champagne is available in Australia, including Cuvee Josephine, Cuvee Royal Brut Rosé and Joseph Perrier Champagne Vintage. 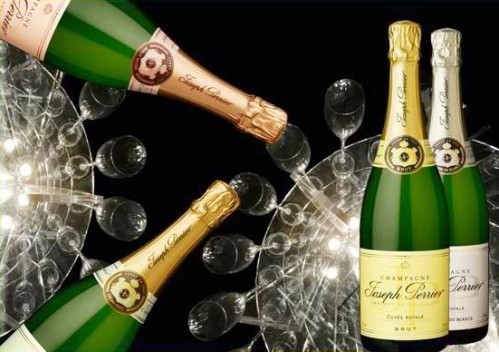 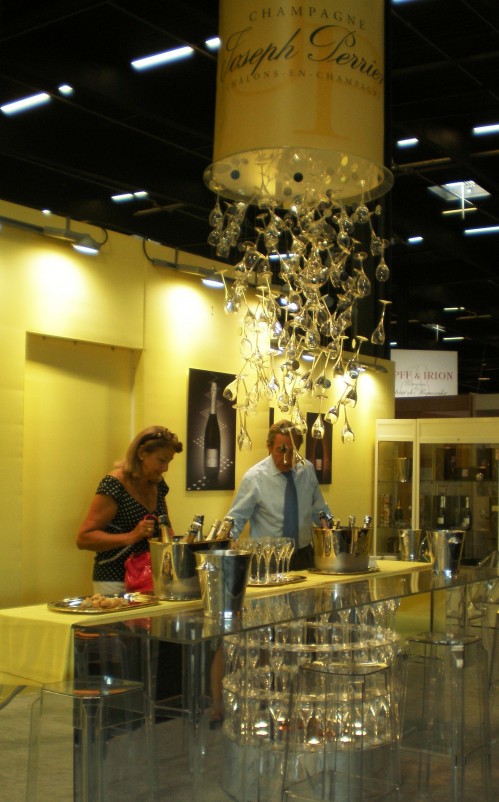 Cognac A.E. Dor with Pierre-Antoine Rivière
In 1858 Amédée-Edouard Dor, eldest son of a noble Cognac family, embarked on a lifelong passion to collect the finest Cognacs in France. Scouring from Cognac houses from the great to the boutique, old and new, Amédée's reputation grew, giving him access to Cognacs that had never been seen before but were unequalled in quality and character.
To preserve the Cognacs at their very peak when they reached optimum maturity in the oak barrels Amédée decanted the Cognacs into wax-sealed glass demijohns for future generations. Many of these vessels remain intact, quietly resting unchanged for more than 200 years. As Peter Jackson points out, a nip of one of these old cognacs at The Regent Hotel in Bordeaux, France, will set you back 450 Euros.
Located in Jarnac, France, still enjoys a reputation built on a crusading passion to source and produce the very best Cognacs that the region has to offer.
From the ‘Tradition Range’ VSOP Napoleon and XO styles, to ‘The Hors D'Age’, the oldest Cognacs in the collection. 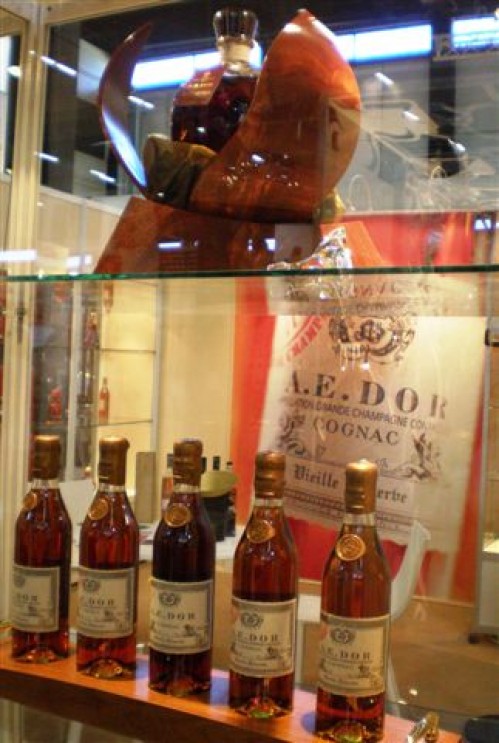 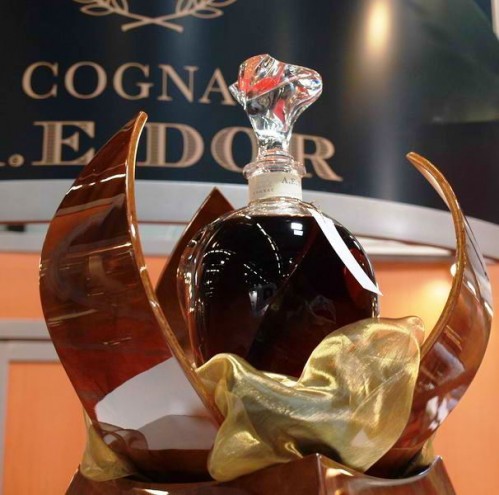 Many of these vessels remain intact, quietly resting unchanged for more than 200 years


You might simply want to drink it. But we suggest you taste it ...