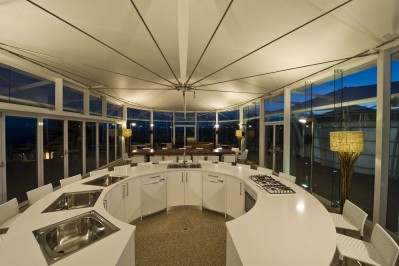 The Peninsula Club is the community hub for Point Boston Peninsula, a $450 million environmentally sustainable residential community on the coast of South Australia’s Eyre Peninsula.

.
Awarded Excellence in the Commercial/Industrial Building in the 2009 Master Builder’s Association 2009 Building Awards, the Peninsula Club is designed to take advantage of breathtaking unspoiled foreshore and natural surrounds and 360-degree views.
The interior design features a dramatic circular open kitchen internally lit with latest-technology LED lighting, a specially commissioned and custom-designed oval-shaped ostrich lounge and a polished concrete floor embedded with iconic local stone.
These elements complement the glass walls that fold back to let the outside in, the purpose-designed transparent membrane roof with natural ventilation and outdoor eating and seating areas. 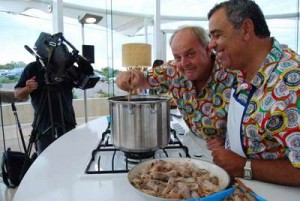 .
What happens when you put beautiful Australian coastlines, freshly caught seafood and culinary imagination together? You get the popular lifestyle program Out of the Blue.
An episode of Out of the Blue, filmed at the Peninsula Club for two days in January, will go to air in March featuring popular hosts Michael Angelakis and Michael Keelan.
Out of the Blue is distributed nationally and internationally and sold into 16 countries. The program has a viewing audience of more than 20 million. It also airs in-flight on Malaysia Airlines, nationally across the Win network and on the Lifestyle Food channel. 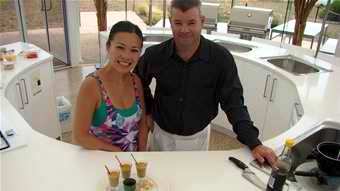 Poh’s starts her culinary adventure in one of the country’s premium seafood regions, Eyre Peninsula in South Australia. To watch the episode and see the food get cooked in the club click here

* Point Boston on Today Tonight Point Boston Peninsula’s water management system gained statewide coverage on Channel 7’s Today Tonight on 2 December 2008, after being heavily promoted as an environmental breakthrough on a national scale. The system went on to put in an appearance on regional Southern Cross Television.

. . . fantastic blue water and sandy beaches. Adelaide people will go a long way to get that kind of amenity . . . ‘ The Australian Financial Review.

‘ . . . the project – which overlooks a natural harbour three times the size of Sydney’s – was planned with the emphasis on minimising the environmental footprint and conserving native vegetation’. Place magazine 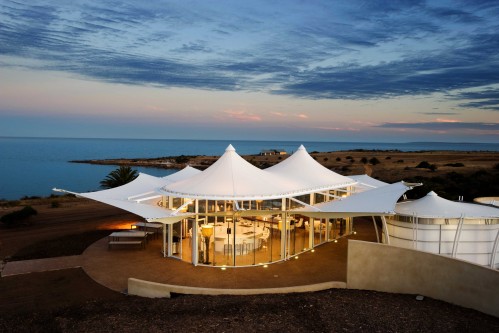 Sleekly edited and very functional with an organic twist, it will wrap you in a cosy embrace. 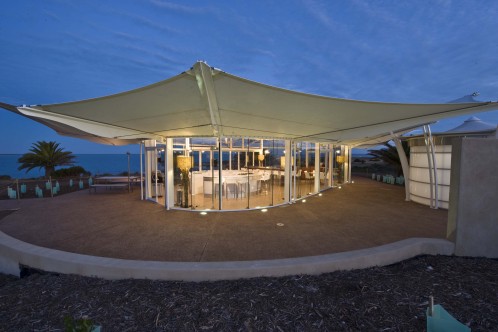 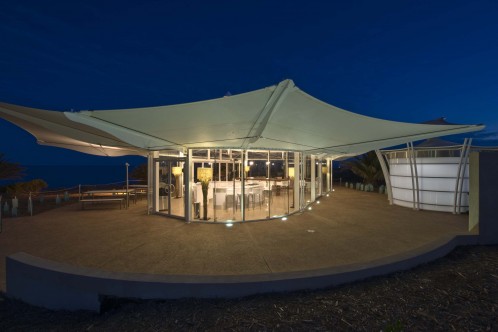 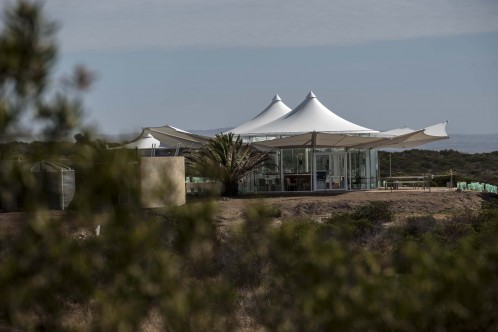 
If you were the chef of a cooking show what would you cook in this kitchen?