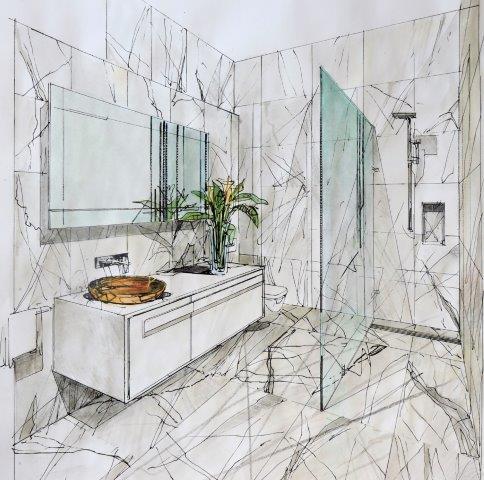 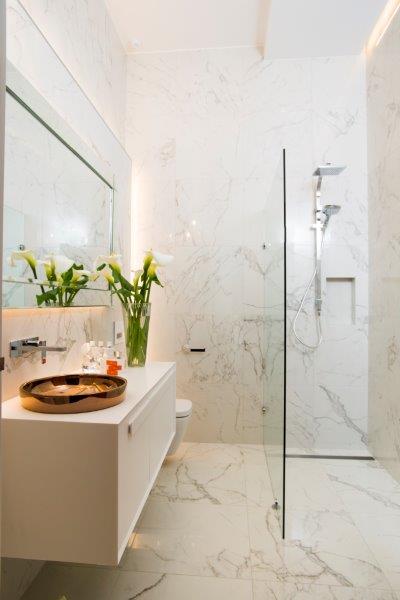 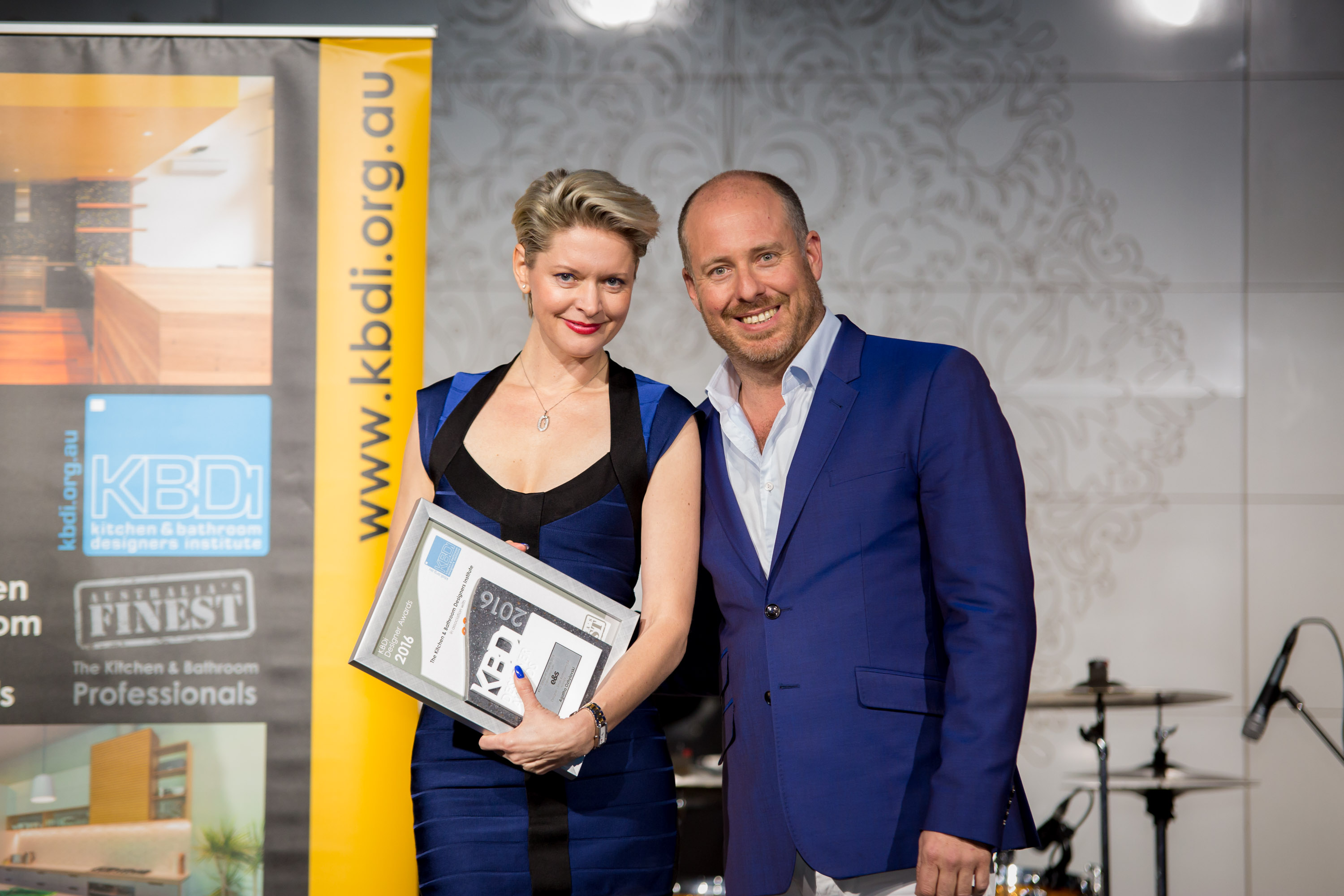 A clever bathroom design to make the most of a very modest space by Agatha Ozhylovski (AgathaO House of Design) is nominated four times finalist, and the winner of two major awards in this year’s Kitchen & Bathroom Design Institute of Australia Awards (KBDi), announced on Saturday 17th September.

Having entered the bathroom in South Australia’s Small Bathroom Design category, Agatha was delighted to win this chapter. But moments later, she was overjoyed to find she had picked up an even bigger award when she was named South Australia’s Bathroom Designer of the Year 2016, beating out the winners of both Medium and Large Bathroom categories. This was the first time Agatha entered the KBDi Awards, and was on hand to accept the honours.

Here’s what the judging panel said in support of their decision: "The well-travelled clients sought an air of luxury in their sandstone villa renovation, and an elegant appeal to complement the charming architecture of their century old home.  A compact footprint demanded careful space planning, while a four metre high ceiling proved challenging for efficient lighting and ventilation.  The judges were most impressed with the designer’s determination to meet the client brief and resolve the construction issues, and they loved the timeless appeal of the end result." – KBDI Judges’ comments

The annual KBDi Designer Awards attracts outstanding designers from all over Australia. The Awards offer prestige of peer and industry recognition.

KBDI is the peak professional body in Australia committed to promoting professional excellence. This is where inspiration meets professionalism, and great kitchens and bathrooms are born.

Agatha Ozhylovski would like to thank and acknowledge the award winning clients, John and Leslee. It was a pleasure to work, design and create this timeless and luxurious bathing retreat.

Interested in designing and building a bathroom? Give AgathaO House of Design a call, and let’s have a chat!